The Tennyson at Crescent Village 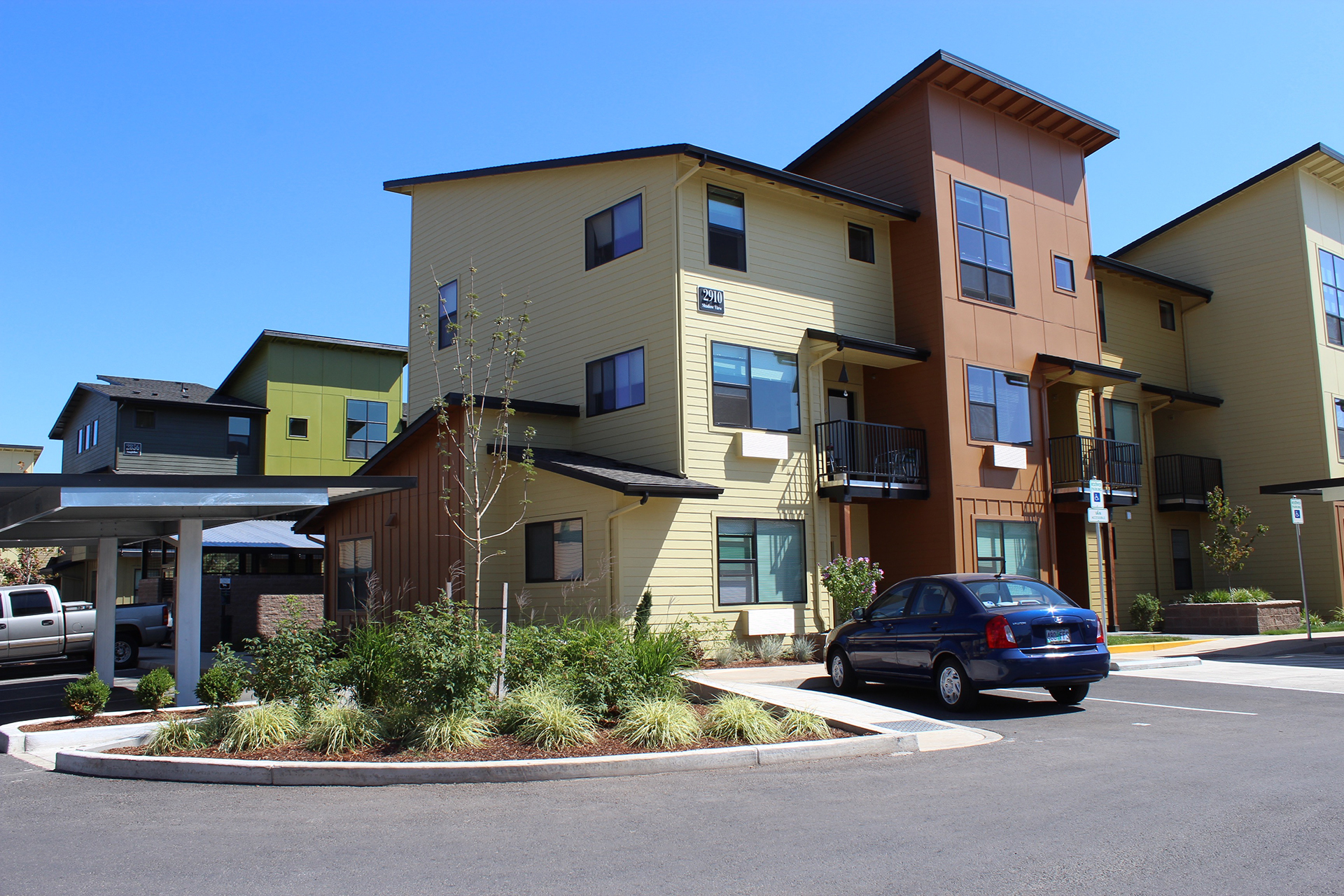 The Tennyson at Crescent Village

The Tennyson at Crescent Village was Eugene’s first master-planned urban village emphasizing sustainability. The 287,590-sf property was composed of 5 buildings, featuring one (55 units), two (168 units), and three (40 units) bedroom town homes and flats. There were seven different layouts designed for the resident, which included nine-foot vaulted ceilings and hardwood floors. Onsite amenities included a fully equipped fitness center, racquetball courts, bike repair station, pool and hot tub, clubhouse with brew station, and a playground. This site had a large PIPC contract which included the installation of four streets including the associated infrastructure of sewer and water. Additionally, the City of Eugene required a “rain garden” filter process to any new curbs. This system was implemented along with the curbs for the new streets. The project site included five different storm system filters. Each block had storm drainage, which connected to their own settling pond. All contacts were tied into the main storm system for the city. 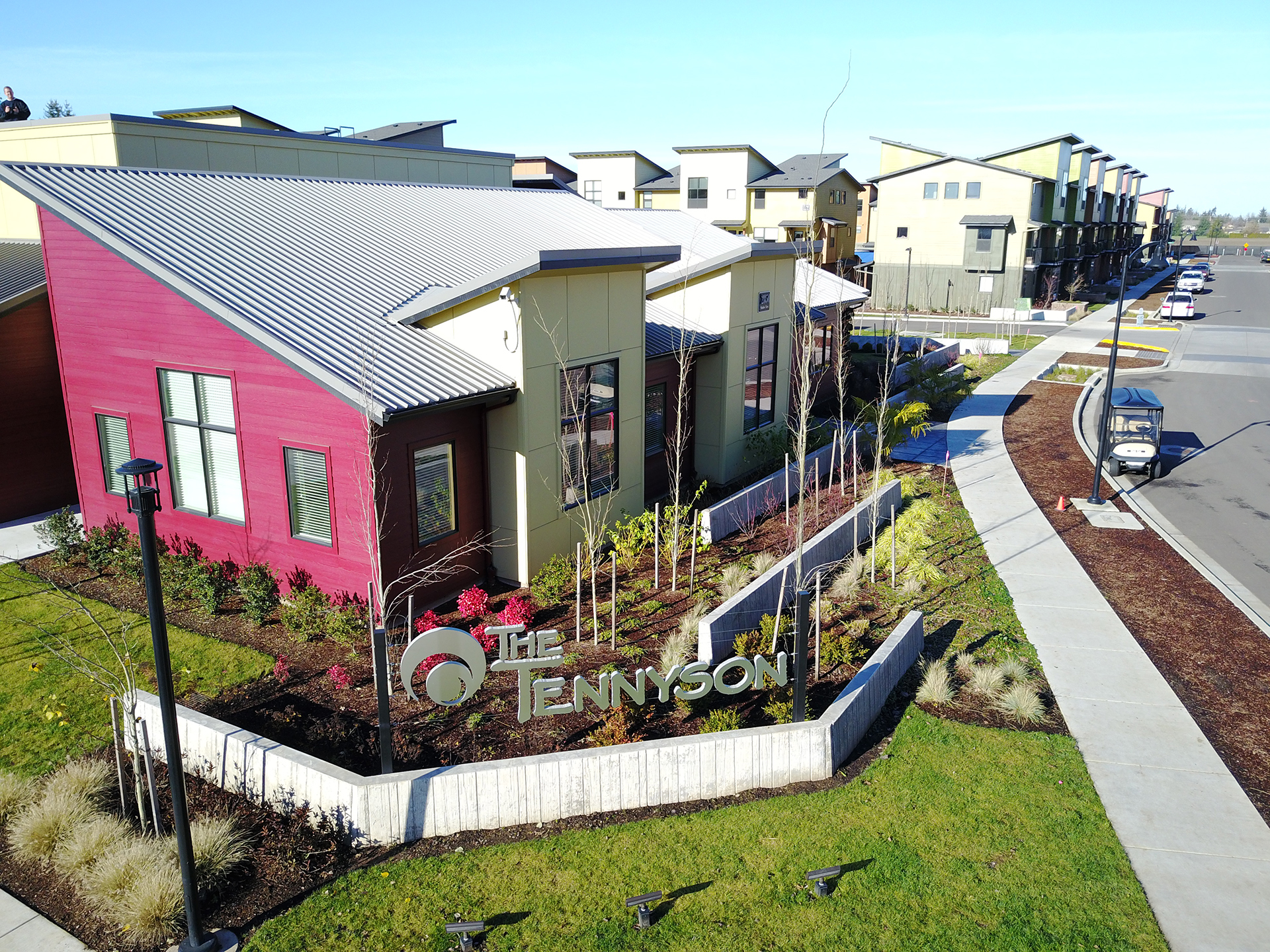 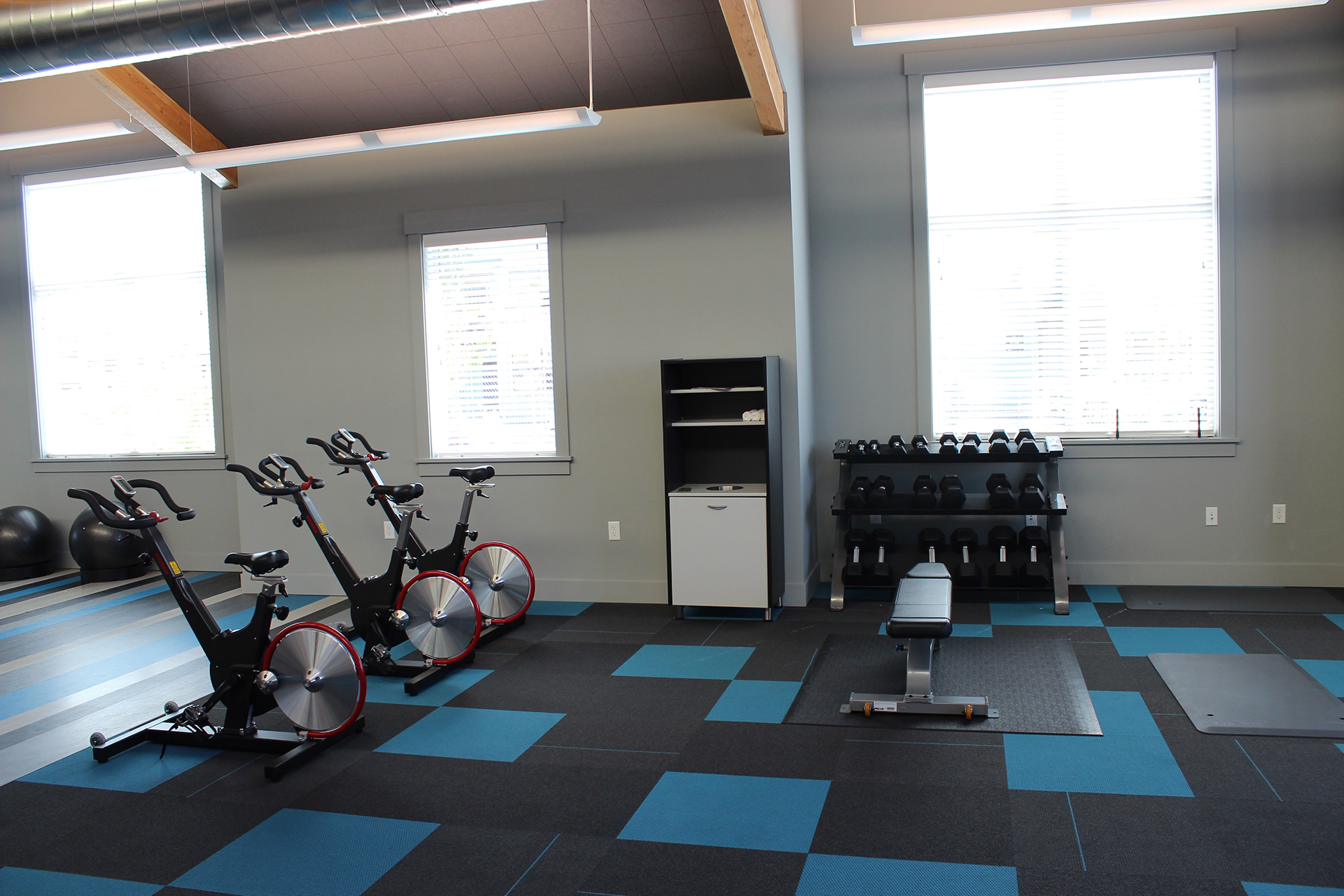 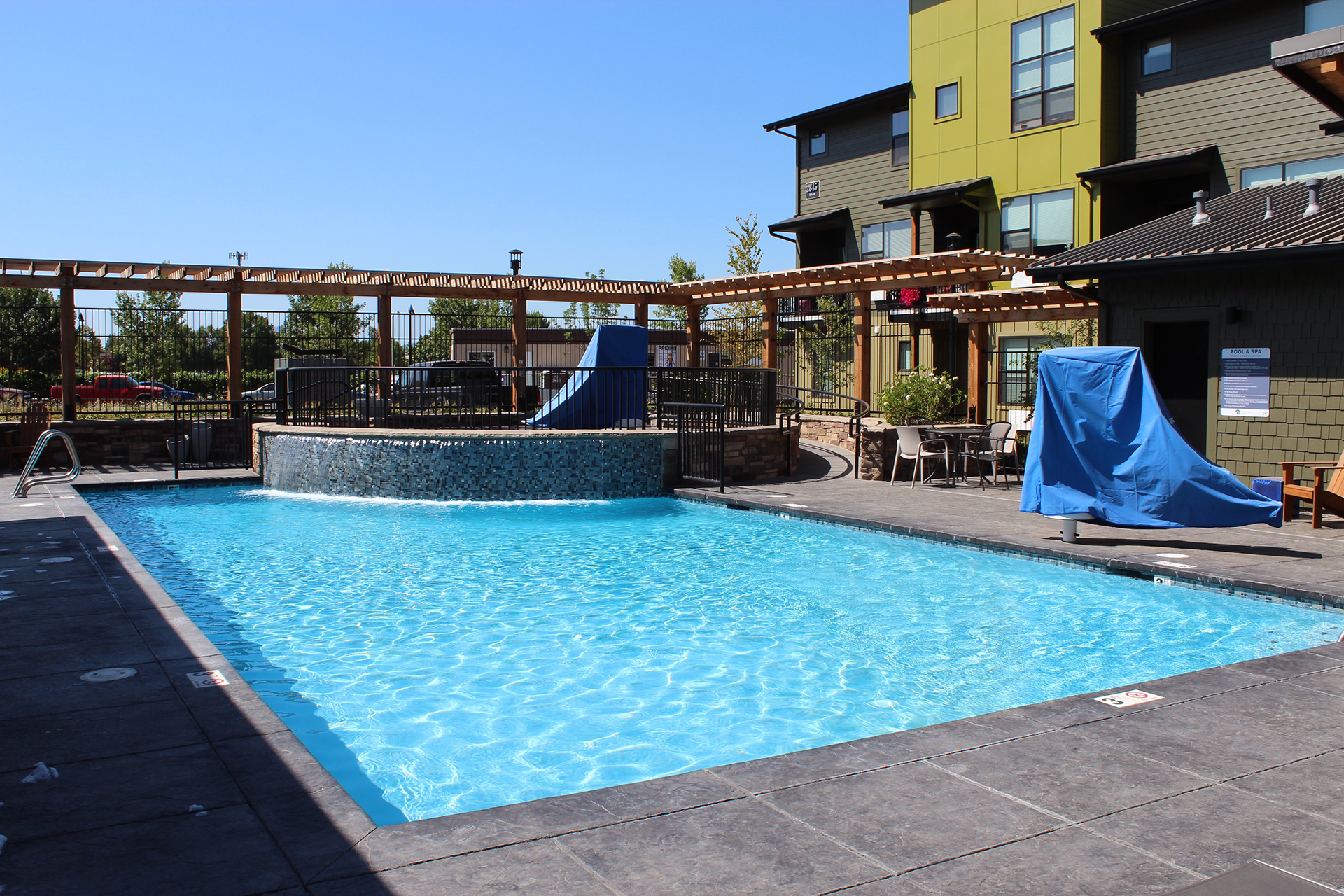 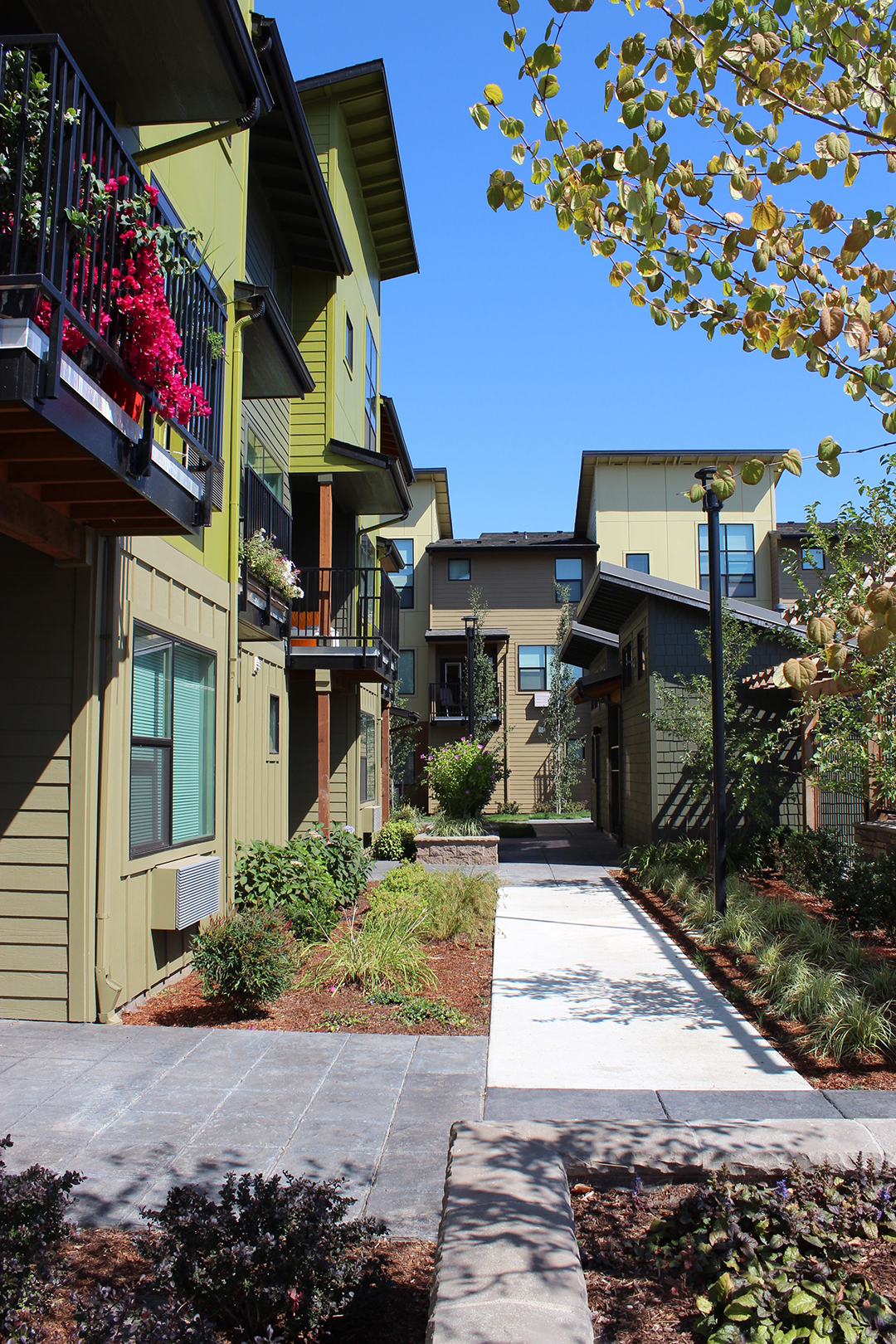 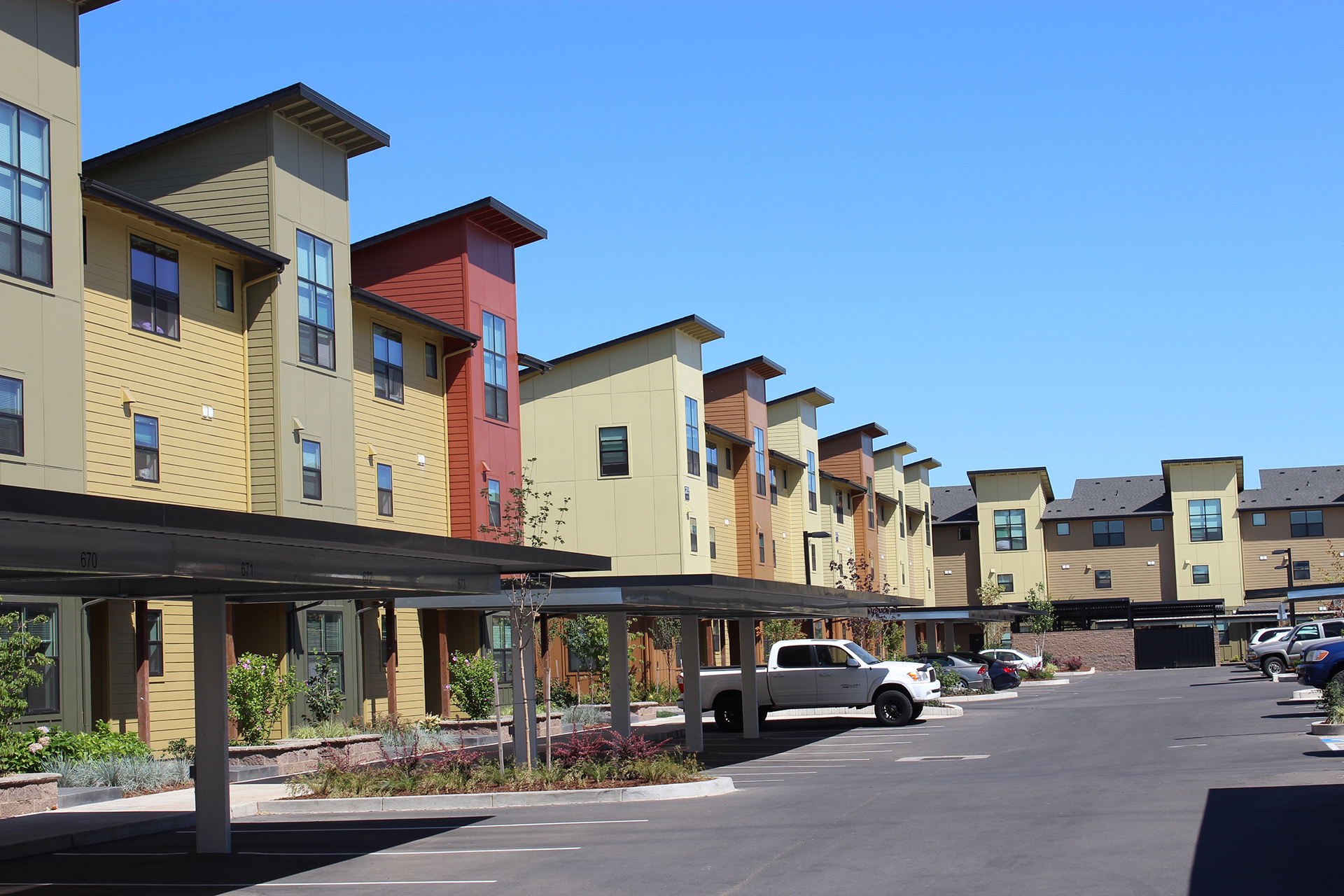 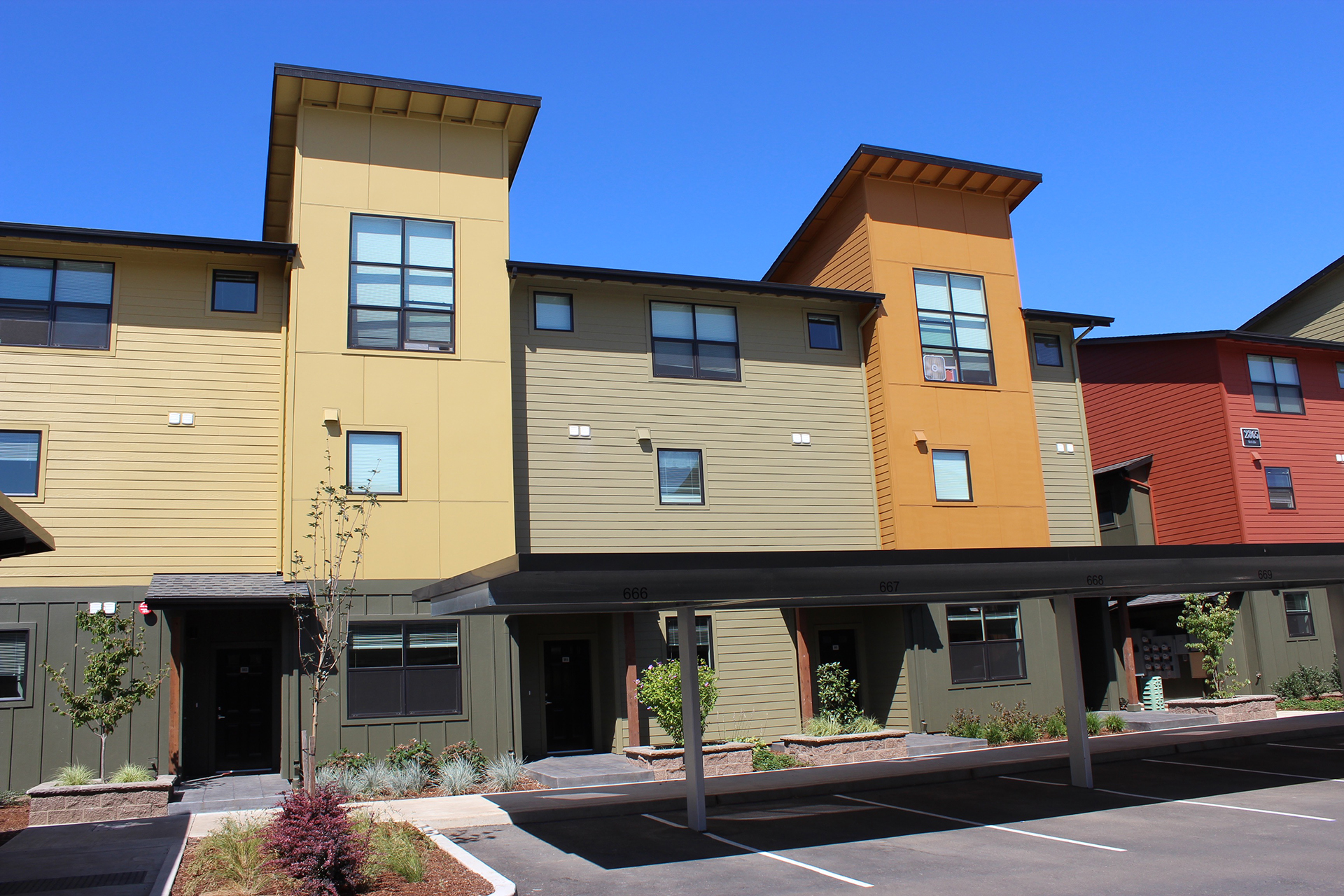 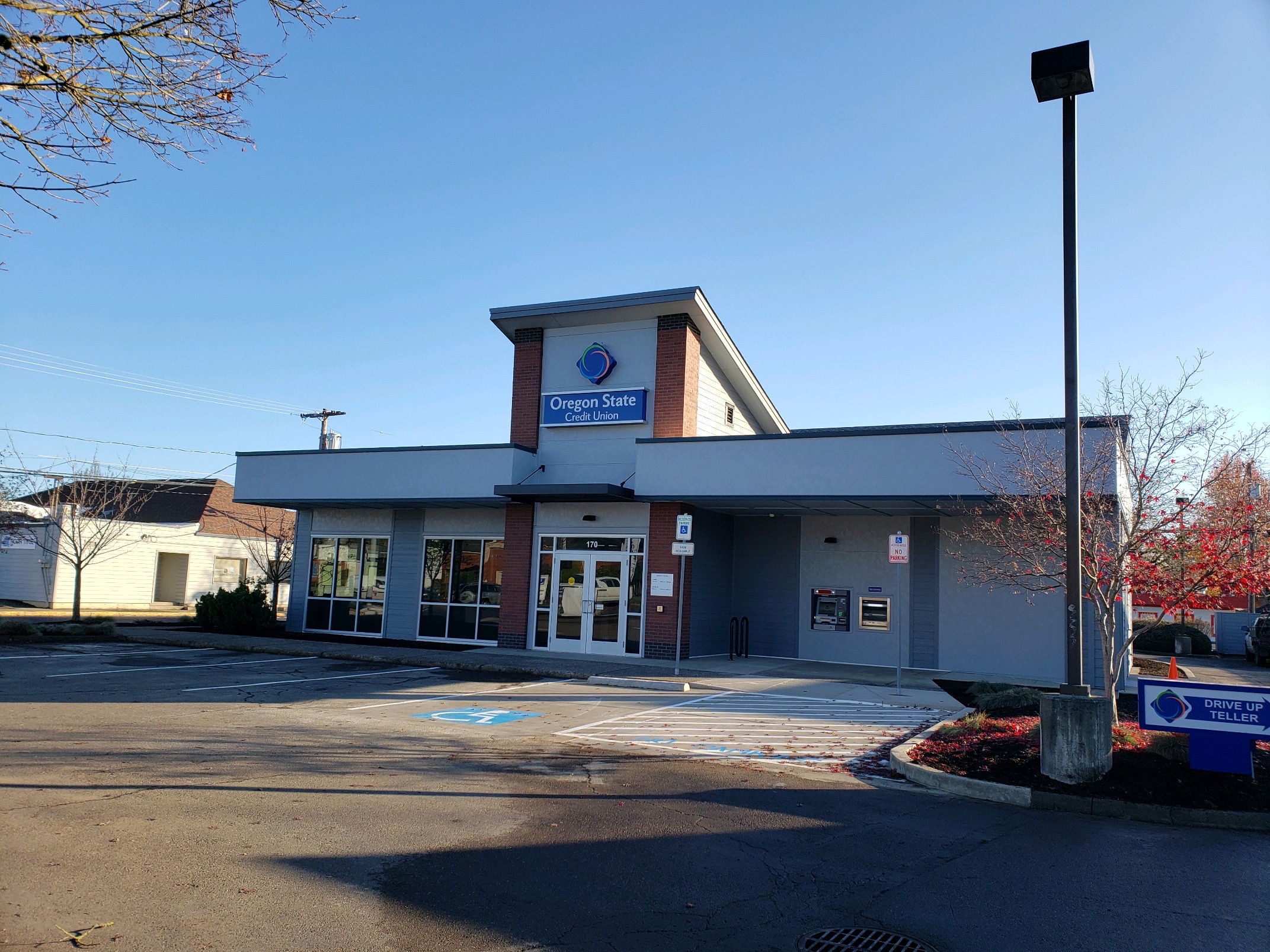 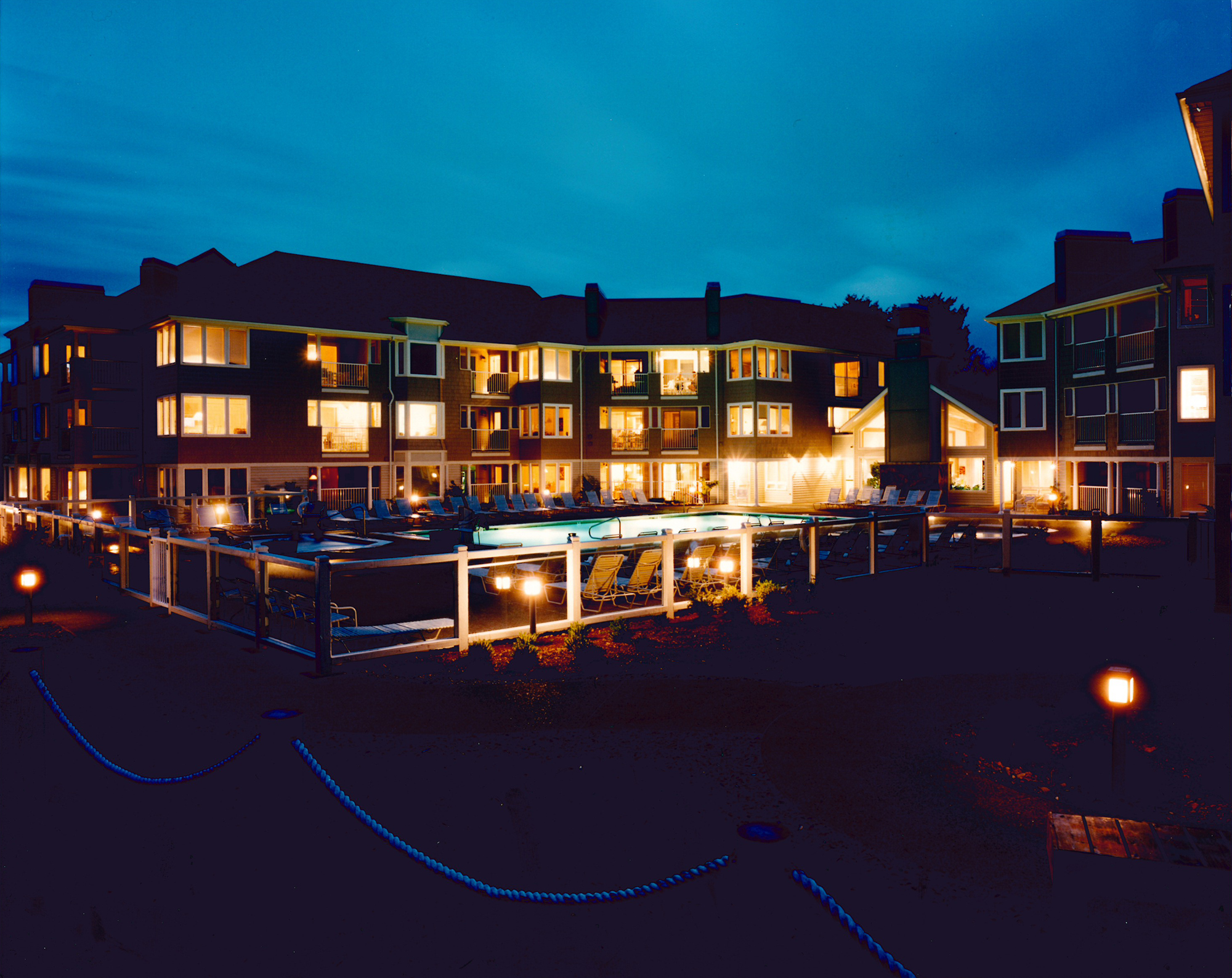 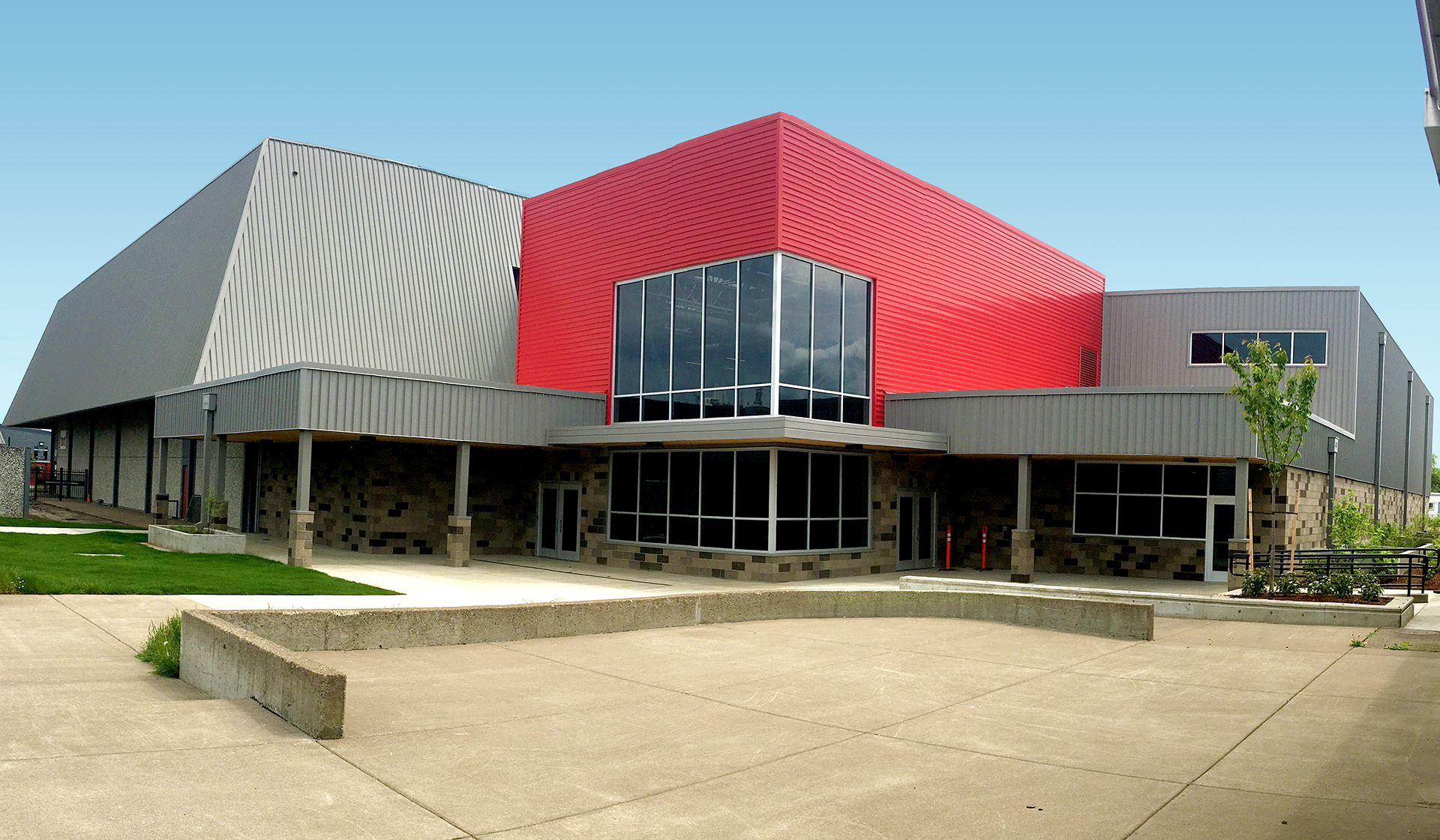